The Different Types of Military Helicopters 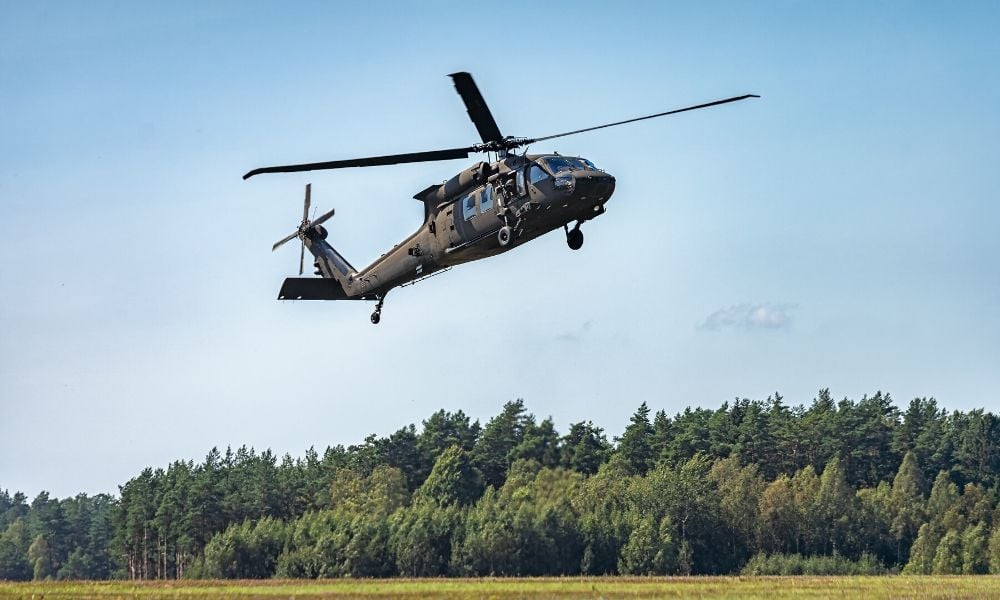 As with any vehicle, there are many forms of helicopters created for specific uses. Within the military, diverse categories exist according to the kinds of missions a helicopter must undergo, what environment it needs to survive, and what equipment it contains. Here are the different types of military helicopters and the duties that they perform.

One of the primary helicopter types associated with the military that manufacturers build to cause damage are attack helicopters. Armed with weapons such as machine guns, autocannons, missiles, and rockets, they function as an offensive force against vehicles, tanks, and other aircraft. They also provide support for soldiers on the ground. Attack helicopters have radar to direct their projectiles precisely and can achieve high speeds for combat as well.

This helicopter’s main purpose is reconnaissance and gathering intelligence. At times, observation helicopters may also provide the visuals needed so that airstrikes, missiles, or bombs point accurately at a target. To accomplish these roles, they come with sensor equipment, including infrared cameras, lasers, and low light sensors, as well as communication equipment to relay what they see. Although they don’t focus on attacking capabilities, observation helicopters can have guns, missiles, and rockets, mostly for destroying the reconnaissance equipment of the enemy.

Many observation helicopters are relatively small to increase their stealth. Easily transported, they can move to new locations quickly and are ready for flight in a short time as well. Notable helicopters of this variety are the OH-58 Kiowa and the Little Bird. The Kiowa can operate in the day and at night thanks to its sensors and navigations systems. The Little Bird can come in an unmanned variant (AH-6 series), containing control units, navigation systems, sensors, and night vision in its cockpit. The manufacturer based this type on the manned MH-6 Little Bird, which the military mostly uses for deploying special operations commandos to more restrictive landing zones.

Unlike the observation helicopter, transport helicopters are large to accommodate their cargo. They can carry soldiers and smaller vehicles in addition to supplies, either directly in their interior or slung with ropes underneath. What sets these helicopters apart from cargo planes is their vertical flight. They can take off and land in a broader range of environments because they do not need to build up speed or slow down gradually on runways. They can also hover over areas to let down troops or pick them up with hanging equipment such as ropes if the ground is uneven. Transport helicopters’ speed and maneuverability are essential on a battlefield.

The CH-47 Chinook is the most familiar transport helicopter, as designers developed its first iterations starting in 1956 so soldiers could use them in the Vietnam War. It possesses two rotors on top, as opposed to one main rotor and a smaller vertically positioned tail rotor. Today, the US military continues to use upgraded versions of the Chinook due to its effectiveness. In fact, Chinook helicopters can reach about 196 mph, which is a greater maximum speed than some attack helicopters.

Search and rescue helicopters must be durable and nimble to fly in any weather or terrain. Since those in command deploy them on missions where conditions make reaching the target difficult, they contain advanced electronic systems (avionics) and radar. This guides their navigation and allows them to find individual soldiers. Some search and rescue helicopters possess methods of defense such as depth charges and torpedoes, which pilots can use when flying over ocean waters.

The Coast Guard employs MH-65 Dolphins for its search and rescue operations, which people can distinguish by their bright orange color. The AW101 used in European and Canadian operations, is another well-known search and rescue helicopter, as it possesses a radar that can scan 360 degrees and pick up objects/people from a far distance.

Maritime helicopters take off from naval ships and are for fighting submarines and transporting weapons in support of a navy. They have advanced equipment including radar, sonar, and magnetic anomaly detectors and can fire torpedoes down into the water to hit submarines. Beyond their primary jobs, they can also engage in search and rescue missions and observation of the surrounding area.

A key development for maritime helicopters was the invention of the turboshaft engine. It allowed smaller helicopters to deploy from smaller ships, reducing the time of response to looming enemy submarines

SH-60 Seahawks are what the US Navy primarily utilize for a variety of undertakings. Since they land on ships, they have foldable rotors and tails, so they do not take up as much space on the ship’s surface.

Whereas the other types of military helicopters suit more specific contexts, utility helicopters are multi-purpose and versatile. They can carry out air and ground attacks, hold soldiers and cargo, perform medical evacuation, and work in reconnaissance.

Out of all the utility helicopters, the UH-60 Black Hawk is perhaps the most well-known. It can operate successfully in any kind of weather or climate, including arctic conditions. First developed in the early 70s, the Black Hawk won the United States Utility Tactical Transport Aircraft System competition in 1976. This led to its widespread use by the military for transport and offense. With competence in load-bearing ability, weapons compatibility, and speed, the Black Hawk is a true all-around helicopter.

With so many possible applications even just within the military field, you can see how a variety of industries need helicopter pilots to fill roles that not just anyone can do. If you want to receive helicopter flight instruction to become a pilot, contact Hillsboro Heli Academy. We train our students for successful professional careers all around the globe.