Where Did the Idea of Helicopters Come From? 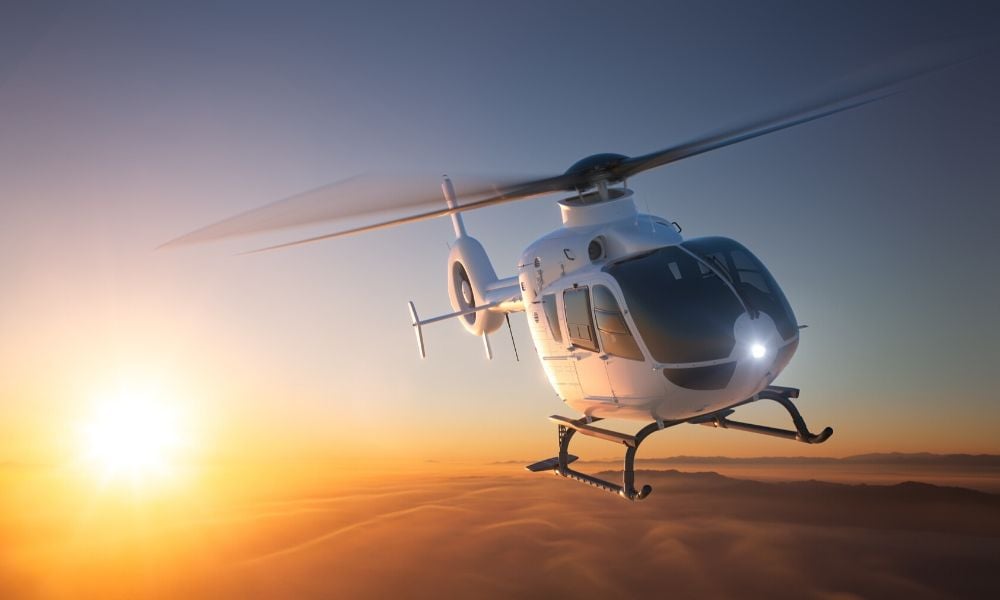 In the modern age, we take for granted many amazing feats of mechanical ingenuity accomplished by inventors in the past. One of these great inventions is the helicopter. But where did the idea of helicopters come from? How did we get to the functioning helicopters we see today? Here, we present a brief history of the development of these incredible machines.

We can trace the earliest example of a human-made device resembling a helicopter back to ancient China, where small toys called bamboo-copters came to fruition around 400 BC. They flew up in the air when spun quickly between the hands using a rotor design that could generate a small amount of lift. When these toys made their way to Europe in the 1400s, Leonardo da Vinci created his famous theoretical sketches for helical flying machines after seeing them. However, no one ever physically built these designs. Much later in 1870, Alphonse Pénaud fashioned a helicopter model powered by rubber bands. Though these designs were far from rideable, they would go on to serve as inspiration for future helicopter pioneers.

After an explanation of flight principles by Sir George Cayley in 1843, numerous inventors in Europe tried their hand at the dilemma of vertical liftoff. This included Louis and Jacques Breguet, who in 1907 made a machine that could hover two feet in the air while tethered to the ground. Paul Cornu also made a double-rotor machine that could fly but without steering capabilities that same year.

Seeking to gain a way to direct flight, Jacob Ellehammer implemented a cyclic pitch control system in his helicopter in 1912, though his air times were still minimal. However, Etienne Oehmichen created a helicopter with rotors facing sideways and rotors that faced upwards for lift, and then later added a tail rotor. As such, it was Oehmichen who was able to set records for distance traveled in 1922, as one could pilot his helicopters and carry passengers.

In Germany in 1936, Henrich Focke and Gerd Achgelis made an even more successful helicopter that had two counter-rotating rotors and cyclic pitch control. Due to how the rotors moved in opposite directions, the helicopter did not tend to turn in one direction due to torque, which was a major discovery.

Finally, after so many iterations and contributions, Igor Sikorsky invented the modern design of most helicopters seen today. As a child, his parents exposed him to the drawings of da Vinci and encouraged him to pursue science. Following this course, he became an engineer focused on the design of aircraft.

For many years, he produced successful planes before he turned his attentions to helicopters. Once he did, he left an unmistakable mark in the field. Starting test flights in 1939, his helicopter was ready for larger production by 1942. It featured a primary three-blade rotor and a smaller tail rotor, and the collective pitch (the angle) of the main rotor directed it. The modern helicopter was born.

Discovering the history of the helicopter is enough to make you want to get flying yourself. If you would like to learn more about becoming a helicopter pilot, contact Hillsboro Heli Academy so you can take your first steps in the process.